The Sun (as in the great big orange thing in the sky, not the ridiculously popular tabloid newspaper) has been quite topical this past few days in Scotland. Mainly because it has been out, which is unusual in March…or…well, just any time of year. 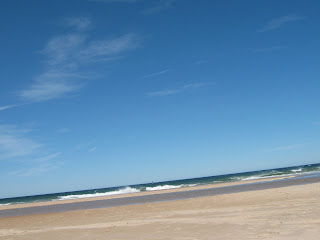 Living in the middle of a city limits what you can do in the sun so I have been to the park, lay on the little grass that is left in this concrete world and sat in beer gardens, drinking lots of ice, cold cider. Yes, it’s a hard life being a student.
Having previously lived somewhere a bit closer to the beach though, I am missing the seaside a lot. When it is sunny, the beach is where it’s at. I can settle for some grass just now though.

Of course, in the sun you must be careful. Wear sunscreen, cover up, don’t sit outside until you are frazzled into what can only be described as a cooked lobster. The sun can be dangerous.

However, being outside in the sun can also be good for you. This is something that we aren’t really reminded of that often, I mean, those of us living in Scotland don’t really need an excuse to go outside and soak up the sun, do we? The fact it is here is reason enough.
Vitamin D; The best scientific reason as to why the sun is good for us. It is crucial that our bodies get lots of vitamin D and sitting out in the sun neglecting your usual duties gives us just that.


Professor Michael Holick, of Boston University School of Medicine told the Mirror newspaper: “We get about 90 to 95 per cent of our vitamin D from the sun. It is essential for absorbing calcium, keeping our bones healthy, and for protecting against serious chronic diseases later in life such as osteoporosis, Type II diabetes, multiple sclerosis and many common cancers.” 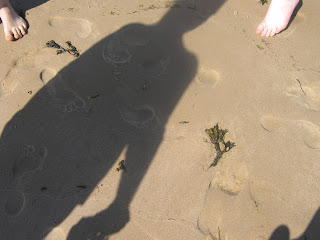 The sun is also known to relax your muscles, this can ease stiffness and make joints and muscles less painful. A natural deep heat.
Not only that but sun-rays release endorphins, much like chocolate. You can get endorphins from different foods as well as after exercising. Serotonin levels are also boosted in the sun, which as been linked with well-being and happiness in the past. It also makes you want to eat less so this could be the reason why you eat less in the summer than you do the winter.  Endorphins and serotonin could be why the sun makes us feel happier and much more energetic.
I agree, since the sun has been out, I have felt much happier. I have been a lot less productive, work wise, but I have been happier and getting up earlier too.


So I advise you all to make the most of it now it is here as it might not be here for long; get out your iPod, listen to some summer tunes, lie back on the grass and take in those rays.
The sun is definitely a good thing; unless I fail my course because I have been lazying around in the sun too much….