Over 290 school children will descend on Tomintoul for a once in a lifetime opportunity to see the Olympic Torch.
The primary school, which has around 44 pupils, have invited seven others to join them in the celebrations – multiplying the amount of children in the village by almost seven. 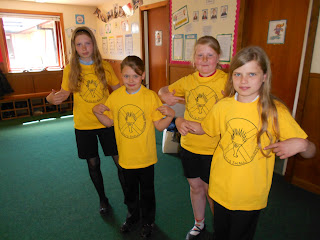 Glenlivet, Inveravon, Knockando, Newmill, Crossroads, Botriphnie and Rothiemay pupils are also preparing for the day. Each school has made different coloured t-shirts and banners to represent themselves.
Buses from Lossiemouth High and Speyside High are also expected to appear on June 11 too.
Tomintoul, which is the only village in Moray to see the offical torch, is also the highest community in the UK that the route stops at. People from all over Moray are expected to travel to see the sight and the Moray Council and the local organising committee are currently working hard to make sure everything runs smoothly for both residents and visitors. 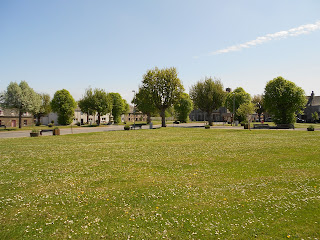 Mark, the owner of Glentorets Bed and Breakfast in Tomintoul, is also the co-ordinator for the organising committee surrounding the Olympic Torch relay. He thinks that parking is going to be an issue in the village but still looks forward to the volume of people expected to arrive.

Pupils from Tomintoul Primary School’s enterprise team are busy preparing for the opening ceremony that will be taking place on the day and said that everybody is really excited. Workshops are being set up on the day so children have choices of activites such as archery, taekwondo and football to take part in.
Headteacher, Nancy Fraser gives us a run through of the day.